The Birthplace of Memes: 4chan’s /V/ and Its Impact on Internet Meme Culture

Despite its notoriety, there’s simply is no way of talking about memes and general internet culture without including 4chan.

Yes, that 4chan, the self-titled “asshole of the internet”. It’s a generally lawless place where pornography, racism, bigotry, and every other awful thing you can think of thrive ‘for the lulz’. Think of 4chan like the darknet’s embassy on the internet: there are a LOT of questionable things on the infamous imageboard, with very few mod restrictions. We’re not going to go into detail about what 4chan is, but if you want to do your own research, word of advice: go incognito.

On the flip side, though, this dirty, dank corner of the internet is also where we get a lot of our memes and is, undeniably so, an instrumental figure in the creation of modern internet culture. Yes, civilized society likes to see Reddit and redditors as the pioneers of internet sub-cultures and the givers of memes (hell, there’s even a meme exchange stock market of sorts on reddit), but the truth of the matter is: 4chan was first, and there’s a big chance a lot of the memes reddit churns out had their origins on 4chan’s /v/ thread. 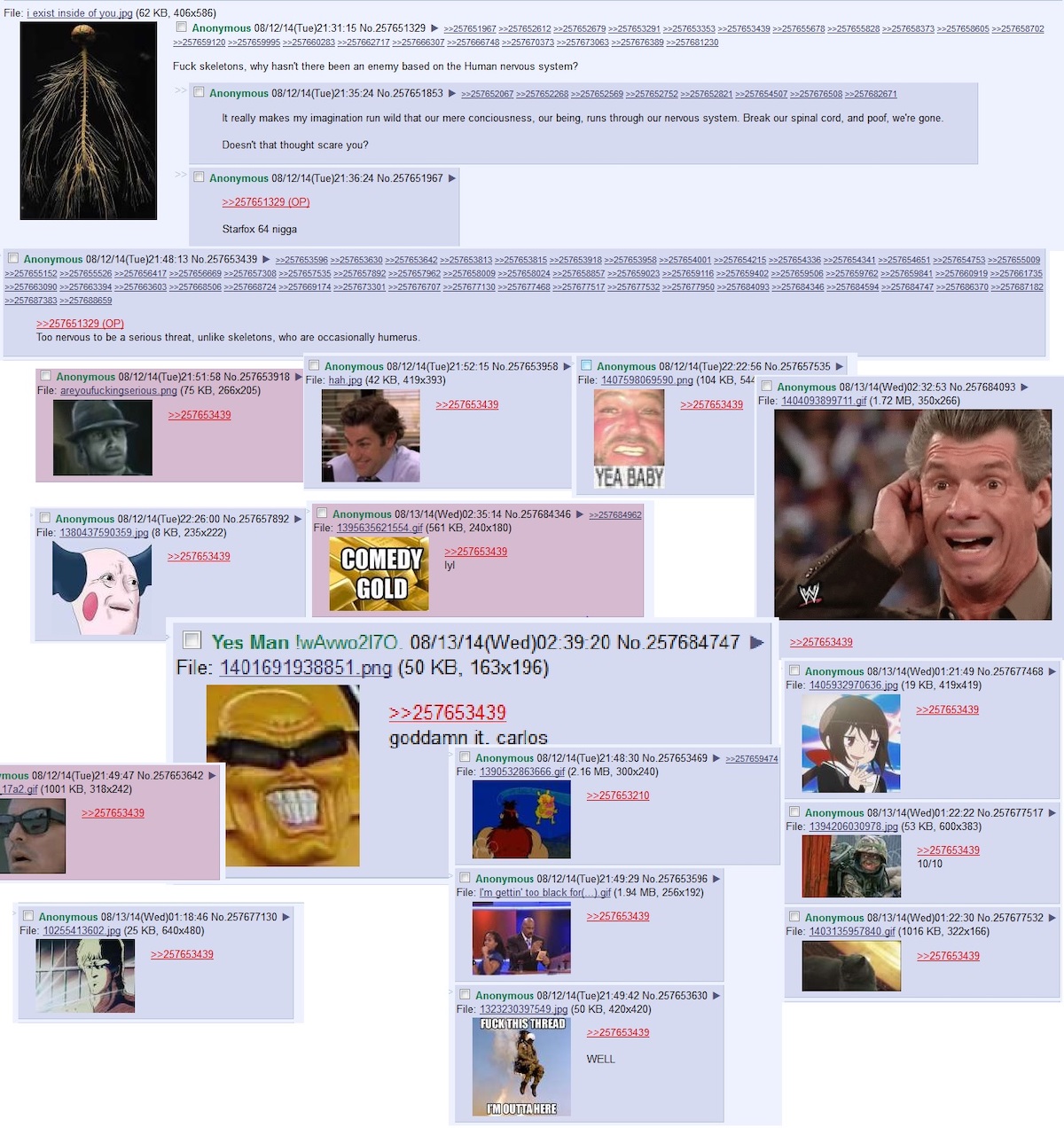 The /v/ board on 4chan is one of the site’s oldest boards, having been created in October of 2004. It was an image board dedicated to video games, which quickly made it one of the most popular online forums about video games in general when it first launched. In fact, the popularity endures: /v/ is still one of the biggest forums on videogames on the internet. It’s become so popular that it spawned 3 spin-off boards: /vg/ or Video Game Generals, /vr/ or Retro Games, and /vp/ for Pokémon-related video game media.

That being said, /v/ is also ironically known for being an online videogame forum that doesn’t talk about videogames as much as other threads; so much so that /v/ is known more for talking about video games than actually talking about video games. Sure, you can probably find threads about Fallout 5 or Elder Scrolls 6 in there, but it will probably be less about information about those games and more about people’s opinions on why either franchise is awful. In short, it’s a shit-posting thread that’s all about one thing: memeing vidya.

4chan’s /V/: The Birthplace of Memes

Despite the name and its intended purpose, /v/ quickly spiraled out from discussing the ins-and-outs of particular video games and became more focused about video game industry and culture instead. In its early days, /v/ was populated by hardcore gamers who had strong critical opinions about mainstream games. Not too bad and is to be expected in any forum, sure, but because of 4chan’s anonymity and lack of mod oversight, many of these hardcore gamers became more and more critical to the point of ridiculous gatekeeping.

Of course, 4chan being 4chan, many of the users of /v/ started parroting these same opinions as a sort of inside joke. But for casual visitors and forum lurkers who aren’t informed of the joke, a lot of these opinions were taken at face value, with more than one game being victim to /v/’s critical takes. It came to a point where some newbies to the thread, unaware of the older /v/irgins jokes, started turning hating on games into a sub-culture, so much so that visitors to the forum and other boards on 4chan started calling /v/ “anti-fun”.

And it makes sense: over time, /v/irgins started accusing pretty much any positive review of a game from mainstream news sites and aggregators to be either paid adverts by the publisher or a marketing ploy by the video game companies. ‘til now, there is a standing dislike/hatred by /v/irgins of anything related to Reddit, with the former accusing the latter of stealing their dank memes and opinions.

We hate to side with /v/ and anything about 4chan, but that last point might actually be true. Here are some dank memes that originated from /v/ that have become mainstream:

Vidya, or the full term vidya gaem(s), is a slang term for video games that can trace its origins back to /v/. In fact, you’d be hard-pressed to find any /v/irgin referring to video games as “video games”, with vidya being a sort-of insider language that identifies you as part of the community. It got to a point that a /v/-organized awards program was called the “Vidya Gaem Awards”. Of course, these awards have no bearing outside of the board, but it was still fun, nonetheless.

Nowadays, the term vidya is popular with pretty much every gamer out there. It might not still be as widely used as before, but it has its place in memespeak (just like 4chan’s creation of ‘inb4’)

One of the most popular memes of the early 2010s, rage guy had his origins as /v/’s default avatar and is considered to be the personification of the board itself. Makes sense, considering pretty much every opinion about video games on the board is laced with neckbeard anger and incel rage. It was also seen as a fitting expression of the board’s “anti-fun” persona.

Over time, rage guy has gone through multiple evolutions and variations, with Punished /v/ being one of the most controversial. Punished /v/ is rage guy dressed up in Metal Gear’s Punished Snake outfit and is used as a representation of pro-GamerGate users on /v/, which, if you’re caught up on your gaming history, was one of the most controversial events to ever hit the video game/live stream industry in the past decade. 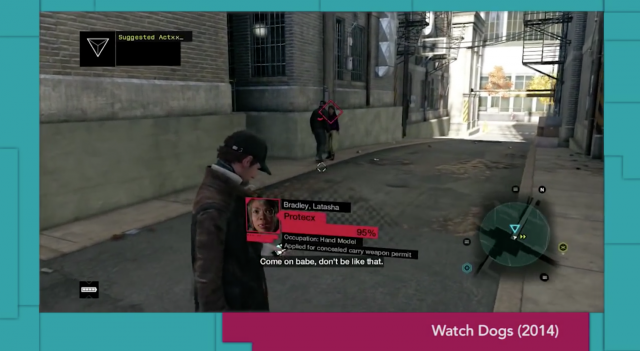 But /v/’s involvement in videogame and the videogame industry as a whole isn’t new; in fact, it’s safe to say that a lot of these controversies started in /v/, let’s take a look:

A quick rundown for those not in the know: the GamerGate controversy was an event that happened back in 2014 when game developer Zoë Quinn became the target of a targeted and systematic harassment campaign by gamers from Reddit, Twitch, and yes, 4chan.

Quinn became notorious in these forums for the release of her game Depression Quest, a text-focused RPG that was critically-acclaimed by mainstream media for its brutally honest approach to mental health, but critically panned by online forums for its lack of ‘violence’ and reliance on traditional gaming skills, not to mention the “politicization” of video games.

Over the course of a year, Quinn and other prominent female videogame developers and journalists were subjected to doxing, death threats, and rape threats from anonymous individuals online, with 4chan’s /v/ being one of the staging grounds of these de-centralized-but-coordinated attacks that saw the use of nightbot and other chatbots, doxing software, and IP bugging.

PS3 Has No Games

At the time of its launch, the PS3 was considered to be the vanguard of the then-next-gen console offerings from one of the “Big Three” gaming companies. However, it was almost universally criticized by both online forums and mainstream media alike for its lackluster performance and a lack of high-quality games. On /v/, “The PS3 has no games” became an oft-repeated phrase to disparage the console and ridicule any Sony fanboys on the thread.

Over time, the PS3 managed to release more and more games for its system, but the phrase “The PS3 has no games” became so engrained in popular culture that it actually started affecting PS3 sales. It would take the release of the PS4 for Sony to regain its position as market leader, all thanks to a few /v/irgins mocking the PS3 for not having games, a trend that has been repeated for the Nintendo Switch Pro and the Xbox-Series X

The term ‘fucking gamestop’ used to be a popular greentext story template on /v/ where posters would usually create fake, but funny, experiences about Gamestop. The stories usually involve the poster trying to buy a videogame from Gamestop and ending with the Gamestop employee not selling the game because of their store policies.

It was all dumb fun that didn’t actually hurt anyone, but it perpetuated Gamestop’s identity and kept it relevant throughout the decade which, while not the intention of /v/, allowed Gamestop to survive long enough for it to transition out of brick-and-mortar and into digital. In fact, some people are even claiming that, while Reddit’s r/WallStreetBets was the one that initiated the 2021 surge of Gamestop’s stock to, quote, “fuck with hedge fund investors”, it was /v/ that created Gamestops importance in gamer culture in the first place.

Something nice that came from 4chan? It’s rare, but it’s possible!

PrevPreviousWhat Will The Future of Automated Manufacturing Look Like?
NextWhy the iPad’s 7th Generation is the Best iPad for the Casual UserNext 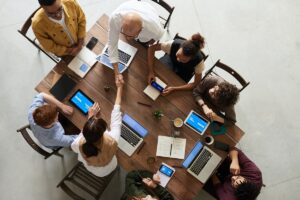 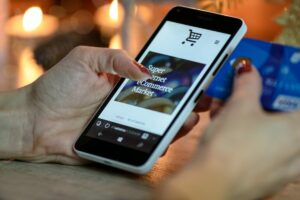 Your Online Presence: What Your Business Needs from It 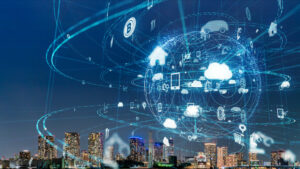